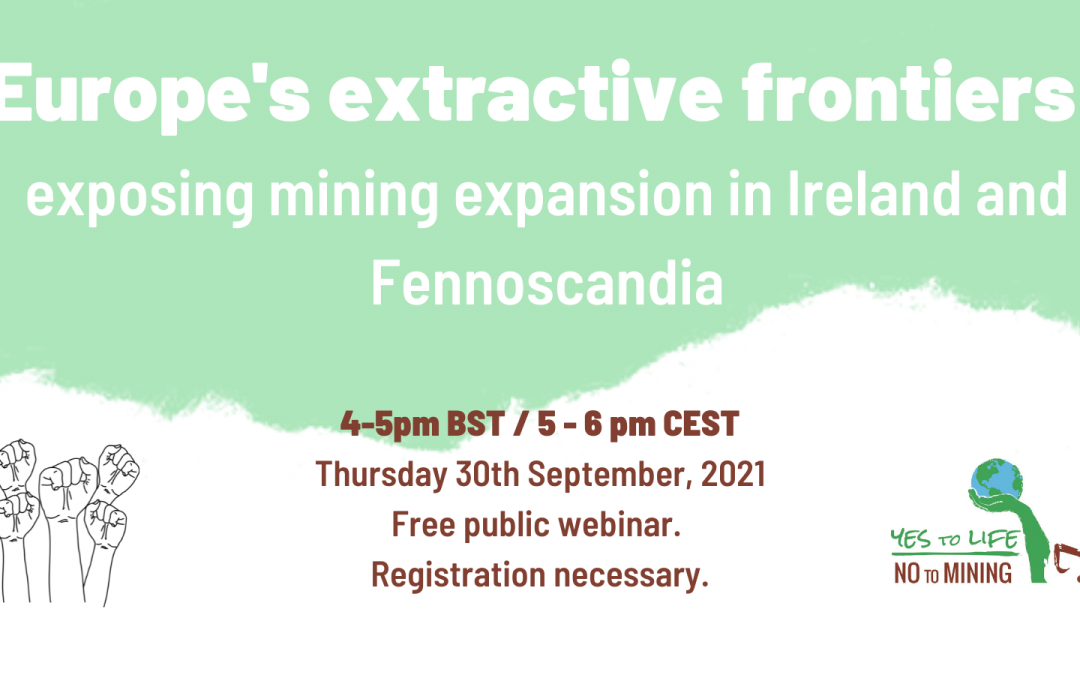 Two new research dispatches from the Yes to Life, No to Mining Network have revealed a massive expansion of areas under mining concession in the Island of Ireland and Fennoscandia in response to growing demands for minerals and metals.

Join the Yes to Life, No to Mining Network, report authors and speakers from both regions to explore the reasons behind the nascent ‘green mining’ boom in Ireland and Fennoscandia, its implications for people, nature, and the climate, and how communities are pushing back against unwanted projects.